Brilliant places to eat in Suffolk

There are many great reasons to visit Suffolk and food is big part of life in Orford.  Well recognised as a foodies paradise Suffolk not only has two food festivals ( Aldeburgh Food Festival and Taste of Sudbury) we also have a fantastic range of independent restaurants to surprise and delight your taste buds and a great selection of Food halls and farmers markets.

It is open 7 days a week for lunch and dinner and includes an outside decking area and garden for al fresco dining.

Head Chef Dave Wall (previously Bibendum, The Boxwood Café/ Claridges with Gordon Ramsay and Le Talbooth) takes full advantage of The Unruly Pig’s abundant Suffolk produce to cook ‘unfussy’ dishes that aims to let the ingredients speak for themselves resulting in starters such as ‘Rabbit Caesar Salad’ or ‘Salmon Gravadlax with Tempura Oyster and Pickled Cucumber’. Mains include ‘something for everyone’: gastropub classic dishes (with a twist) such as ‘The Unruly Burger’ (served with Orford based Pump Street Bakery Brioche and Roquefort Mayonnaise), or ‘Whole Grilled Sea Bream with Black Olive Hollandaise and Crispy Capers’ (all cooked at 400+ degrees on the charcoal fired Inka Grill: a clear USP in Suffolk) to ‘Cannon of Lamb with Braised Belly Torteloni and Baby Vegetables’.

A la carte, Gluten Free, Dairy Free and Kid’s menus are available. The Unruly Pig also offers a set menu Monday to Saturday lunchtime (not Friday dinner) at a steal of a price of £15 for two courses (£18 for three). 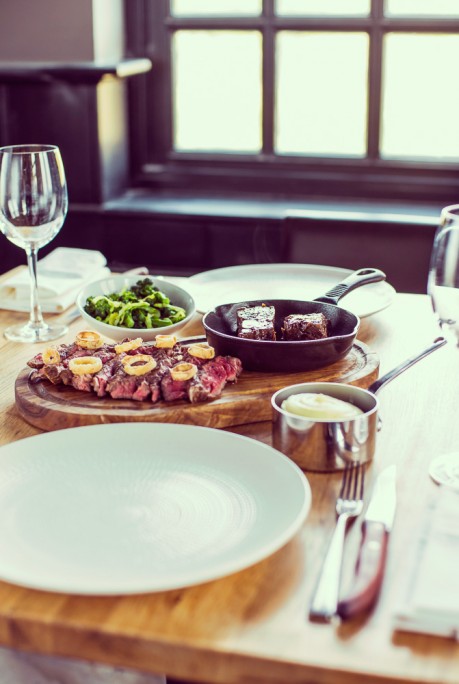 There is a interesting range of wine and fizz, including nearly forty varieties sold by the glass. Cloudy cider, rhubarb cider and craft beers as well as local ales (such as Adnams Mosaic IPA) are available (Cask Marque accredited), not to mention a novel range of ‘Driver’s Drinks’ such as Damson Spritz (made from damsons picked in the garden) as well as alternative cocktails (e.g. Marmalade Martini) and local fruit juices. 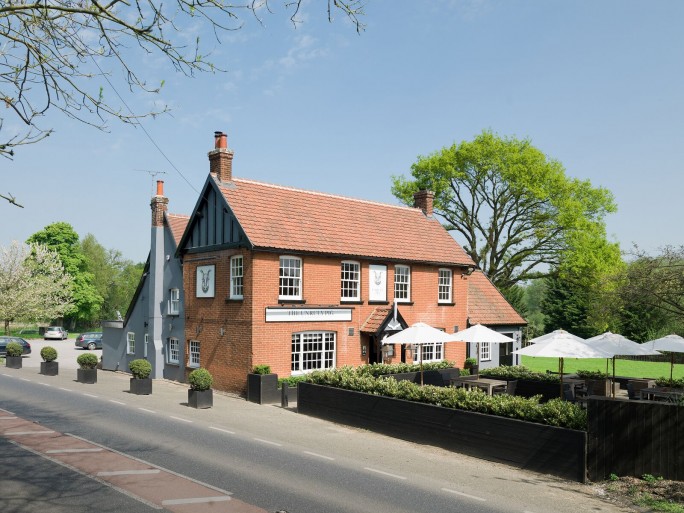 The Unruly Pig first opened to critical acclaim in April 2015 but after only twelve weeks of trading suffered a catastrophic fire resulting in 6 months’ closure. Now back on its trotters, The Unruly Pig has the highest rating locally in The Good Food Guide 2016, has been recommended by national and local press (to include The Sunday Times, Financial Times, Olive, Sainsbury’s and Delicious magazines), has been awarded the accolade of “Best Suffolk Pub 2016/17 ” and is a finalist in the forthcoming Great British Pub Awards 2016 in both the ‘Best Food’ and ‘Best Newcomer’ categories.     Contact: 01394 460310 www.theunrulypig.co.uk

A vibrant restaurant combining coastal Suffolk produce with exotic Indian cooking and local craft beer. Taking its lead from the ancient Spice Route and Aldeburgh’s historic role as a valued Tudor port, Sea Spice unites local Suffolk produce with classic Indian flavours originating over 4,000 miles away. We have been on a number of occasions and have had wonderful food each time.

The Queen – Brandon IP13 7AD – Alexander Aitchison and family opened The Queen (formerly known as ‘The Queen‘s Head Inn’) on the 16th July 2015.  Alexander’s aim is to produce good quality food while maintaining the casual, welcoming atmosphere of an English country pub.

Alexander and The Queen were finalists in the EADT Food & Drink 2016 Awards for Chef of the Year and Best Newcomer. 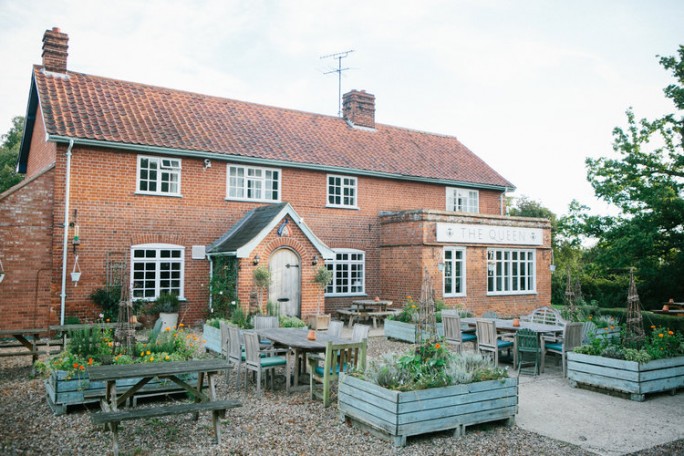 Alexander fell in love with food and cooking when the youngest of his three sisters was born and he was roped in to help. Alexander describes his food as British with Nordic Influences – salting, smoking, pickling and fermenting – also true traditional Scottish techniques!

Alexander’s Vision is to be the best in Suffolk and to carry on improving with a good passionate team. Its always worth giving them a call to find out when they are having a ‘tasting’ night Contact:  01728 685307 thequeenatbrandeston.co.uk

The Turks Head  – Hesketon IP13 6JG – Voted in the top 50 Gastropubs in the UK with a good range of local produce (slow cooked pork is truly wonderful…) with the menu changing with the seasons. Also has local cask beers and a good selection of wine (bottle of really good Malbec is £22)

The Oysterage – Orford IP12 2NU – The Pinney family has grown oysters since the 1950’s, they have a fresh fish shop and restaurant in the village. The food is simple and delicious. Its worth noting that the fish is caught locally, if you pop into the Kings Head, you may bump into one of their fishermen…

The menu is uncomplicated, serving great seasonal fish, oysters, crab and lobster… The home made Leek and Potato soup is delicious… served with locally made brown bread.

The Jolly Sailor Orford – Just a stroll away a traditional village pub with fantastic food. The Head Chef is Mark Clements who has work all over the world, Mark prides himself on producing a local seasonal menu.  As you would expect being so close to Orford Quay fish features heavily on the menu, along with innovative vegetarian dishes including; Tempura fried vegetables with wasabi and coriander dip and Asian slaw.

Should you wish to eat at the cottage, we have a wonderful array of places where you can buy quality local produce, try the Meat Shed in the village or a little further a field Friday Street Farm Shop has an outstanding butchery and farm shop. Contact 01728 602783 www.fridaystreetfarm.co.uk. Also Snape Maltings has an enviable food hall and pantry, they also have a diary packed with food events.

Don’t want to move from the cottage – that’s understandable…

We have linked up with Dine Indulge – and a private chef Matt Phillips, both will come to the cottage. The private dining experience for everyone: 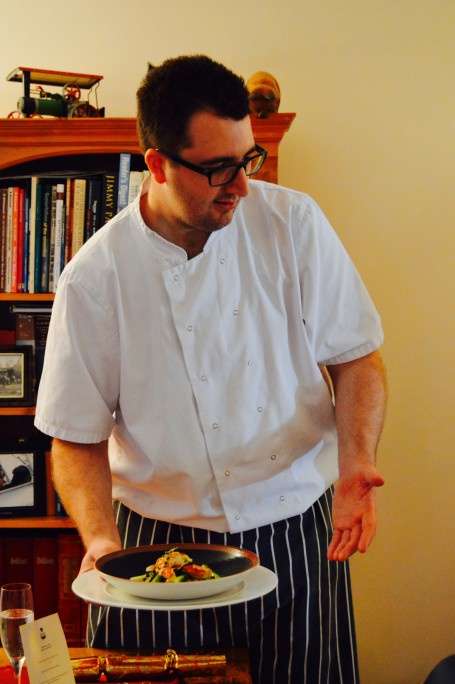